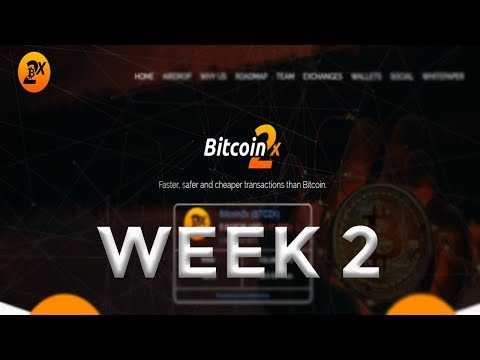 EXPLAINED: Why Peercoin is a Big Deal

Once the world realizes what Peercoin has to offer, it will have the exact same maniac buying that Bitcoin has now, probably more.
Whatever you are holding now, I think you can consider 1 PPC equal to or greater than 1 BTC in the next year or two. By spring of 2014, Peercoin will be well above $50/coin without needing to pump it in my opinion.
Sunny King did the right thing. He designed the network to be solid first and foremost, and then decided to work on newer, prettier versions of the wallet client second.
Unfortunately I've seen other "lesser coins" be nothing but pump and dump schemes.
Peercoin was designed, purposely, for the long term.
Certainly, it's possible to see that PPC could be, ultimately, worth more than BTC, even if there are more (full) PPC in existence.
While this seems counter-intuitive, if all things are considered equal, you only have to look so far as how fungible the currency is.
For BTC, with the ability to move to the 8th decimal point, you have a nearly limitless number of units in circulation. With PPC, the static transaction fee is a significant hedge against anyone using the currency to conduct business past 2 decimal places. Now, for things like Proof-of-Stake rewards, being divisible down to the 8th decimal point is very important. You don't want to lose any of those micro payments, because over time they will accumulate to be full PPC, but for all intents and purposes, Peercoin's 2,000,000,000 ("uncapped") potential units in circulation is vastly smaller than BTC's 21,000,000 units, when you consider that BTC is really going to be separated into 2,099,999,999,999,999 satoshi.
That's a HUGE number, and one that most people either don't realize exists, or gloss over because it doesn't fit the narrative.
With PPC, there's realistically going to be ~30,000,000 units in circulation, and if you take it down to the "one cent", it's 3,000,000,000 units -- which, if my math is correct tonight, will only amount to 0.1% of the total BTC supply.
Yes.
Peercoin purposely set its transaction fee at a fixed 0.01.
When I first heard that, I thought, OMG why did Sunny King do that?
That's the genius of it all, it was done on purpose, keep reading..
Which means that the transaction fee can be expensive once PPC is more than $1/coin, because no longer is it 0.01 PPC = 0.01 USD a transaction fee, right?
Right now 1 PPC is $7.00/coin. To transfer 1 PPC, it will cost you 0.07 USD = 0.01 PPC
So consider the fact that as of today (Nov 30, 2013) to transfer $7.00 USD (1 PPC) around the world, will cost you 7 cents (0.01) PPC - that is a fair price for such a transfer.
Now let's look toward the future of Peercoin / PPC:
BUT! THE TRANSACTION FEE STILL STAYS AT 0.01 PPC.
Now watch how an expensive 0.01 PPC transaction fee forces it to eventually be rare (like gold) and automatically become a cryptocurrency backbone any coin can use:
If other crypto-coins use PPC as it's main backbone, you might see things like this:
Example:
An ATM machine that distributes FUTURECOIN (whatever it is called), that has 1,000 futurecoins selling at $3/each, might secure itself instead of being FUTURE/BTC it would be FUTURE/PPC as a unit of measure
The FUTURECOIN ATM contacts the PPC network (which is like gold in cryptocurrency terms) and says "Yes, I know PPC is $5,000 per PPC, and the transaction fee is 0.01, which would equal $50, please send me 1 PPC)
So $5,000 worth of PPC (1 coin), would cost 0.01 transaction fee ($50) to transfer to the FUTURECOIN ATM bank machine
The ATM bank machine would be handling microtransactions (less than $5,000) but it would hold 1 PPC worth of value.
I know this is getting a little complicated fast. But most people don't even know how the internal VISA and Mastercard or ATM Debit network works either.
Simply put:
PPC will be like the Federal Reserve (public audited version of money in this case, where everyone can see the blockchain)
All the other currencies would use PPC as it's backbone, and then do microcurrency transactions from it.
We're thinking a few years in advance. Asking these questions now will just confuse you.
But yes, in my opinion, PPC will be worth more than BTC or even FUTURECOIN which is yet to be invented.
It's pretty interesting once you realize what Peercoin is designed to be. Most people just don't get it yet, they think it's another Bitcoin, which is fine for now. The future will be very interesting indeed.
Bitcoin has faults, they can all be solved by Peercoin as the backbone, with Bitcoin being a child of Peercoin.
This isn't an idea. It is a a fact in my opinion. Within the next 6 months people are going to realize that Peercoin isn't a child like Bitcoin or Litecoin. It is a completely newer technology that will be worth more than Bitcoin.
I really do believe that 1 PPC will be worth more than $1,000 USD
People sometimes have a hard time to realize that. Well if Bitcoin can go from $31 January 2013 to $1,000 by Nov 2013, does it not make sense that Peercoin (better designed than Bitcoin as a longterm crytocurrency backbone) could reach the same levels? Of course..
More: Source

According to the Bitcoin ATM map, there are now over two hundred bitcoin ATMs in service around the world from over 15 manufacturers. 30 businesses near Oakwood,IL. See More. 2. Coinsource Bitcoin ATM. Be the First to Review! coinsource.net. Photos (4) (805) 500-2646. ... 999 E State Road 234, ... Find location of Genesis Coin Bitcoin ATM machine in Novi at 43601 Grand River Ave Novi, MI 48377 USA ... $999 by entering your SMS phone number on the machine. ... The Bitcoin ATM is in the store in the back right corner near the coolers. Plenty of free parking available. Bitcoin has recently surpassed the value of Goldman Sachs Group Inc. and hovers above $100 billion. However, the wider public is yet to be introduced to Bitcoin and cryptocurrencies. Even so, in October 2013, Bitcoin ATMs made their debut at the Bitcoiniac`s kiosk in one of Vancouver’s coffee shops. Today, just four years later, there are more than 8 million Google search results for ... Bitcoin ATM A bitcoin ATM is the simplest and easiest way for customers to buy and sell bitcoins. With a trend of growing number of bitcoin machine installations worldwide and with Canada ranking only behind the U.S.A in number of machines installed, many business owners start to consider hosting a bitcoin ATM at their premises.